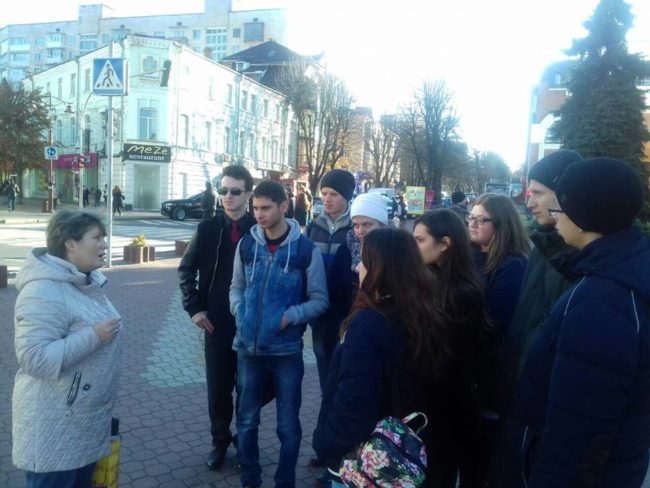 8 November, Public Relations Manager HBF "Hesed Besht" Galina Skripnik held for students of the Institute of Social Technologies Khmelnitsky tour of "Jewish Khmelnitsky". The event was held within the framework of the program "Tolerance", as well as to get acquainted with the youth of the city its ancient buildings, built in the 19-20 centuries by merchants and businessmen-Jews. Proskuriv (so then I called Khmelnitsky) It was a Jewish city. according to